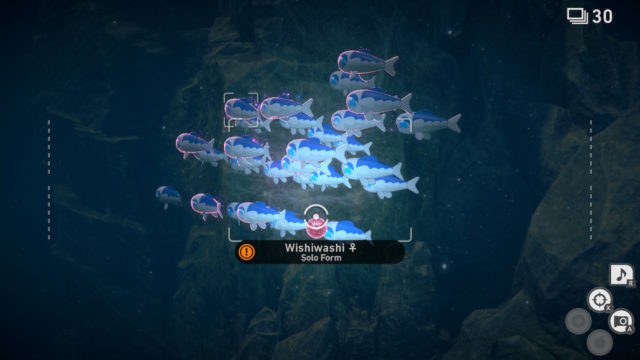 As a Sega kid, one of my favorite memories is excitedly visiting my cousin’s house to play Pokémon Snap on their N64. I wouldn’t own it until it appeared on the Wii eShop, but even after playing it repeatedly during family gatherings, I bought Snap on Wii and played through it over and over again. What I’m saying is that I’ve wanted a sequel to Pokémon Snap for a long time, and when it was announced, I had very high expectations for it. New Pokémon Snap has exceeded these expectations, proving itself to be a more-than-worthy sequel to such a beloved classic.

In New Pokémon Snap, you play as your own semi-customizable avatar. Upon arriving in the Lental region, you meet Professor Mirror and his assistant Rita. They’re interested in studying the behaviors of Pokémon in the region, as well as uncovering the mystery of the region’s glowing Illumina Pokémon. Your group is expanded upon with the addition of the original game’s protagonist, Todd Snap, and his student, Phil. It’s a fun story with some great throwbacks to the original Snap, and it never gets in the way of you running out to take more photos. I especially loved seeing Todd come back in a mentor role, as it feels like a suitable way to use him in a sequel so many years later. 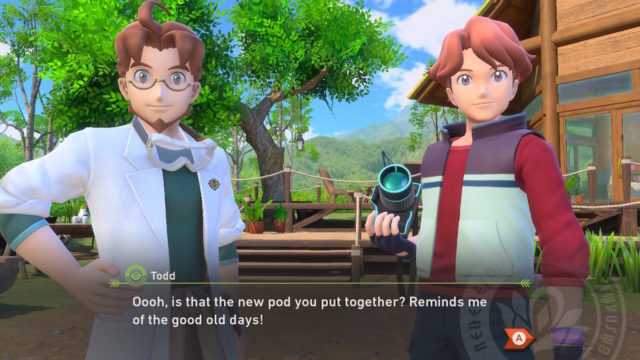 The goal of New Pokémon Snap is to take multiple photos of each Pokémon in the region as they perform different actions. You can use fluffruits (essentially apples), glowing Lumina orbs, a scan function, and a music player to prompt the Pokémon in each level to do a variety of things. Getting a photo of a Pokémon reacting to being bonked by a fluffruit will earn you two stars, for example, while getting a photo of a Wailord that’s spurting water will earn you four stars. You want to get four different photos of each creature, from 1 to 4-star rankings, in order to fill out your Photodex. This provides you with a lot of stuff to do in New Pokémon Snap, as there are 200 Pokémon to photograph across the many levels in the game. I was never bored while playing New Pokémon Snap, as trying to take the perfect photo is always a blast.

“It feels like there’s always something new to do in New Pokémon Snap, which is a huge step-up compared to the short length of the original game.“

Each stage is themed after a certain biome, from sprawling deserts to vast snowfields. They all feature a variety of Pokémon acting like animals, which is my favorite part of the game. Seeing Pokémon doing mundane things in the wild is genuinely fascinating, as is taking pictures of them as they live their lives. As you get better and better scores for your photos, your research level in each stage goes up, which changes each course in a variety of ways. New Pokémon may be running around, while the ones that are still there may act differently, providing new situations of which to photograph. It feels like there’s always something new to do in New Pokémon Snap, which is a huge step-up compared to the short length of the original game. 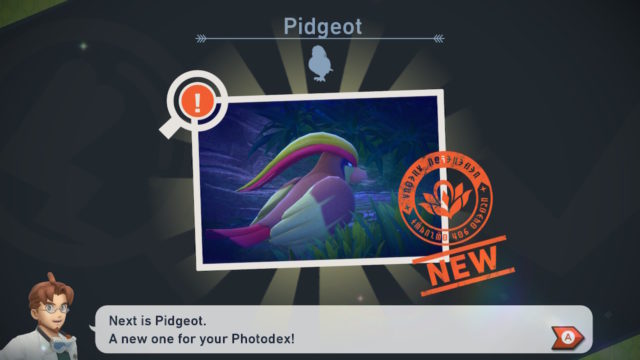 The one change I would make to the game would be to add the ability to submit multiple photos of different star ratings to the professor at one time. When Professor Mirror ranks your photos, you can only submit one photo of each Pokémon. This means if you have a two-star photo and a three-star photo of a Pokémon, you can only submit one to the Photodex, meaning you have to recreate whichever photo you don’t submit on your next run of the level you just finished. It would be a lot easier to just submit different star-rated photos, as it would let you focus on finding new things in subsequent level runs.

Another great addition to Snap is the online system, where you can edit and post photos you’ve taken for others to see and rate. There are daily rankings, featured course photos, and suggested pics for you to look at, so it seems that the developers are quite open to supporting aspiring Pokémon photographers through the game. It’s fun to see what photo ideas other people come up with, and you get a bit of an endorphin boost when people give “Sweet!” medals to your own photos. 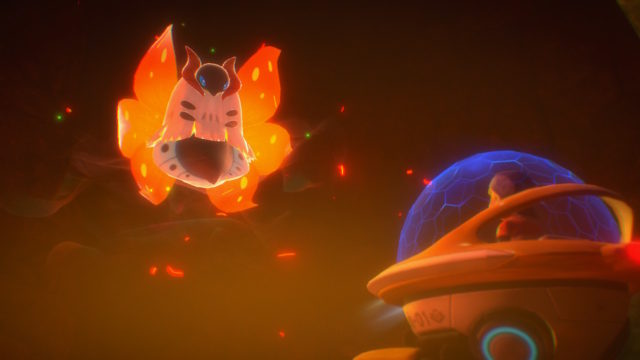 The visuals of New Pokémon Snap are quite impressive, as the Pokémon look and move in ways that feel natural, despite their status as fictional animals. You really believe that you’re on a safari or theme park ride filled with wild animals, as they graze in the background or get in spats with one another. The art style for the people characters feels a bit bland compared to other Pokémon games, but they’re fine overall. 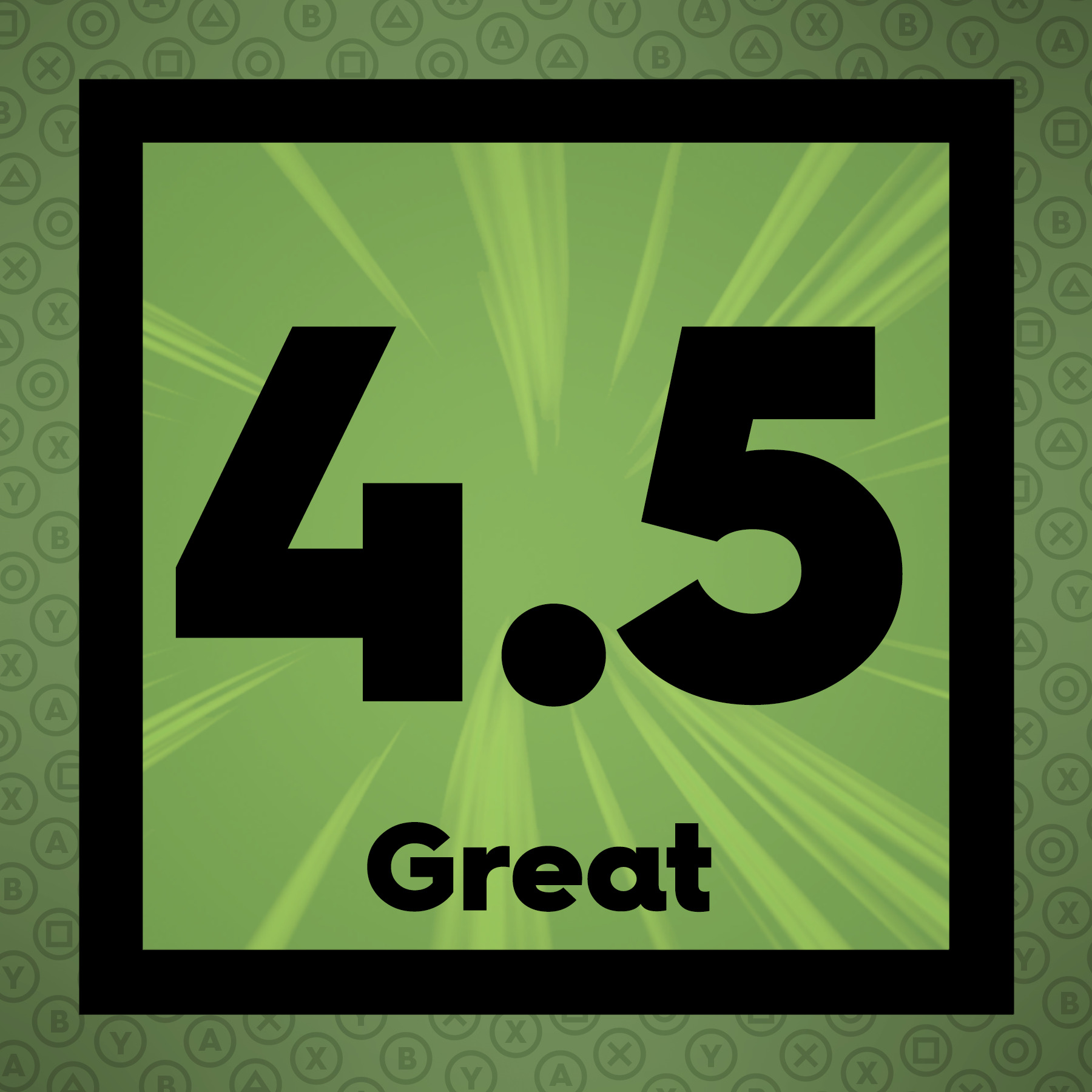 The Mitchells VS The Machines Movie Review