The boom in old-school influenced FPS has led to the appreciation for speed and momentum being higher than it has been since bowl cuts were popular. Quick movements, versatility, special awareness. Making it all come together takes a keen eye and a special type of sickness, where Doom Eternal, Dusk, HROT and others have their own take on the ideals, Boomerang X takes things to the extreme.

Boomerang X is a break-neck speed first-person thrower that isn’t trying to be like everyone else, even if it does dip its toes into similar DNA pools. Gone are the vast amount of weapons stuck in your infinite pockets you’d expect from the genre, it’s just you and the quad-blade fidget-spinner (*dabs* remember those? *nay-nays*) of decimation. While the player can jump and sprint, the majority of the key features revolve around that of the boomerang. Initial worries of that idea being a gimmick are instantly torn apart, Boomerang X had a concept and by the Bug Gods did they pull it off.

Basic functions include throwing it at targets, charging the throw to make it go longer and throwing it and running away from it so it chases like you like an ignored responsibility. As the game progresses, a healthy feed of new attacks and features are shoved into the player’s mouth. Each delicious bite reveals new ways to play. From teleporting to the position of the Boomerang, slowing down time, chaining kills together to cast new project attacks. There’s a flow to the combat that swirls around each feature and option, never allowing anything to feel included for the sake of it. That sense of tight curation gives Boomerang X a beyond solid basis to launch itself from, producing some of the slickest action on the market.

Boomerang X understands that good combat is nothing without good level design. Subscribing to the school of arena-based maps, each level is divided into areas of varying size, scope and verticality. At the basic end is simple round arenas with a few bits to jump around like an annoyed house cat. On the opposite side of the scale, the map design is a fiendish mix of environmental hazards, scaling heights and obstacles…less house cat, more like bush baby with white powder caking its face. 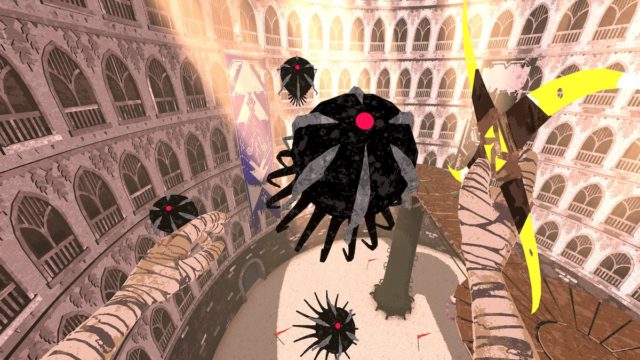 I found myself lost in the haze of combat, moving between enemies with more ease than that of their own shadows. Wave-based encounters have long been a mainstay in the genre, with most hiding it under some sort of ruse (looking at you modern-Doom), Boomerang X cares not for this, reveling in the concept. Each wave of enemies includes a number of marked foes. Killing these marked foes is the only way to complete a wave. That’s not to say you will only face those who are marked, far from it. Each enemy within any given wave, be it marked or not, is a threat but also a resource. They help charge up kill-streak attacks, opening up more options in any given fight. Additionally, some larger foes can feel like mini-bosses, demanding your attention even if they aren’t marked.

As with any game focused on combat, if the enemies aren’t fun to fight then what’s the point? Reflecting the level design, each of the creatures featured in Boomerang X feels like they’re custom built to work within the overall machine. Small spiders than overwhelm, aggressive flying shapes, laser-firing eyes, giant frogs and giraffe-like storm callers are a few of the targets on offer. They work in tandem with the level design and the combat mechanics, challenging the player in ways that never feel stale or underwhelming. Even if that means replaying sections a few times upon death…and death will come, often. Boomerang X isn’t hard in the sense the skill requirement is high, but more of managing the variety of foes per wave. Sometimes, a simple mistake can snowball into a death. Similar to that of the days of old, trial and error is part of the experience, though veterans of fast-paced shooters may not find too much to challenge them. 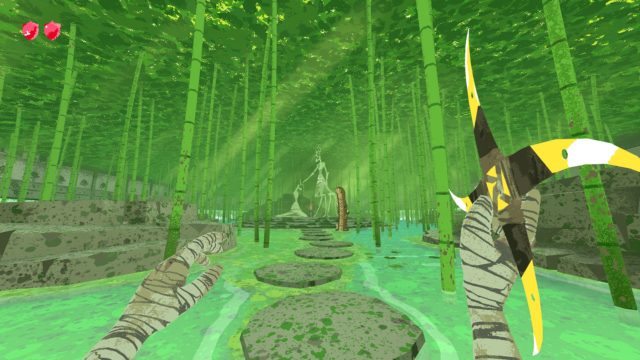 With the sum of its parts neatly laid out, Boomerang X often produces a wry smile. Falling rarely to repetitive tropes seen in similar titles, the level of cohesion between level design, mechanics and AI is immense. Each engagement is a blank canvas for the player to use what they know and experiment with what they are yet to learn. Strong art direction elevates everything further. Colours burst and blend, forming into visual spectacles that deserve to be soaked in. Visuals are garnished with a soundtrack that fits the bill, dipping between calm and vacant, to fast and direct.

Zoning out, letting the gameplay go into full flow, seeing the next area unlock. Although the vague story-telling feels like it doesn’t quite hit the mark, everything else Boomerang X does is nothing short of great.

How to Get Ager’s Scepter Exotic Catalyst in Destiny 2

Interview with Bonyth – The God of Foreign StarCraft